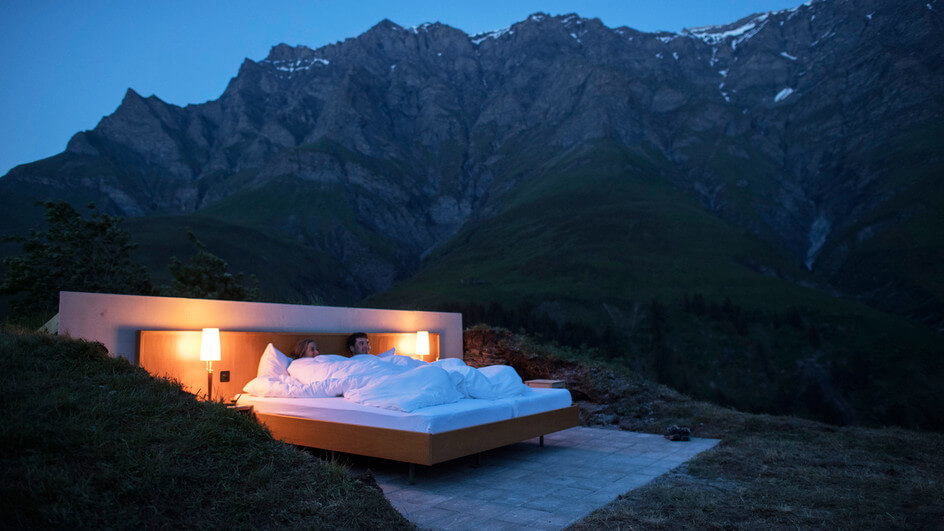 The Null Stern is a Swiss Alps hotel founded in 2008 by artistic entrepreneur brothers, Frank and Patrik Riklin and business partner Daniel Charbonnier. Meant as no stars, Null Stern Hotel has no walls and no roof which allows panoramic views of the Swiss Alps. The Hotel Null Stern is a former nuclear bunker which is later converted into Hotel. […]