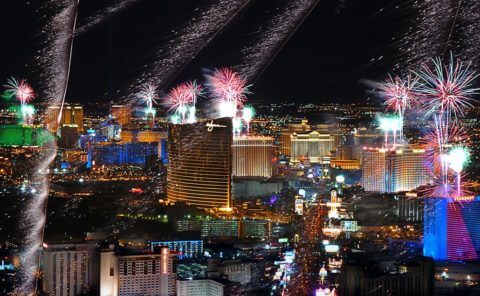 New Year’s Eve is one of the biggest universal celebrations when people from each and every corner of the world with their friends and families celebrate last day of the year and welcome the upcoming New Year. The New Year’s Eve falls on 31st of December according to the Gregorian calendar. Regardless of where you live, there is a public holiday in several countries on the New Year’s Eve.

From now, December is almost here and the New Years celebration and events are on its way. The celebration of New Years Eve day is often made in club parties or nightlife when the clock beats midnight between the New Year’s Eve and New Years Eve Day. To celebrate, the outdoor celebration like street parties New Year fireworks or firecrackers are usually spectacular and plenty of fun.

People celebrate the New Years Eve celebrations in diverse ways. Some people mark the New Years Eve day to make their resolution for the upcoming New Year. Many People make NYE happen with their close relatives eating and drinking champagne.

Chiang Mai is also a good hotspot for festivals in Thailand. Around this time, the city keeps buzzing. During New Years Eve events, visitors can look ahead to some good entertainment with hordes of people, live music shows, sky lanterns, and superb fireworks and cuisine options. Pattaya, Phuket beaches or Khao San street party are another spots in Thailand that don’t disappoint you at the New Years Eve day celebrations.

Paris organizes a wide array of New Years Eve events and party. On New Year’s Eve, Paris comes alive with the NYE celebrations of the happening night packed with fireworks, events, cruises, dinners, and cabarets. Be here at midnight in the world’s most romantic city to begin 2019 with a bang. Spend your New Years Eve day at Champs-Élysées which will be completely crowded with the people at this festive. Watch the fireworks and go on with a party at some nightclub. The iconic cabaret Lido de Paris serving the impressive evening with the Bluebell girls is most popular show display on the New Year celebrations. Moreover, a trip to the top of Eiffel tower with the magnificent dining options, champagne, Gallic dinner is the best thing you can do to enjoy the New Year’s Eve as it not only serves foodstuff but also gives you the whole panorama of the city at the midnight. Party lovers can head to the famed nightclub Duple to continue their NYE party until midnight.

Among many New Year fireworks and events that are going on around the City of Lights, there are many alternatives for the tourists and Persians to celebrate the perfect New Years Eve day. To celebrate a memorable New Years Eve day, look for river cruise party or choose the special dinner cruise on the Seine River to enjoy the beauty of Paris.

There’s no better place for the celebrations of New Year’s Eve 2019 in Las Vegas. With the great music, entertainment and spectacular New Year fireworks this year the New Year celebrations are going to be a great fun and the crowd is expected to be larger than the previous year. Las Vegas is only for them who are open to their pocket. If you don’t want to spend money it is definitely not a place for you.

The festive of New Years Eve day is the busiest occasion of the year when the Las Vegas strip becomes a huge ambler spot and everybody parties till the clock strikes 12:00. Look for the party at an elite Moon nightclub providing the retractable roof to dance under the stars. If you want to see New Year fireworks, these are the best places for the views than others: Marquee nightclub, Foundation Room, Stratosphere hotel, Sky Fall lounge, Hard Rock Cafe. Besides these the Fremont New Year Street party is another awesome place to kick-off 2019.

The New Years Eve (Nochevieja in Spanish) without a doubt is a marvelous festive of the year celebrated to greet coming New Years Eve day. The major cities like Barcelona, Granada, Madrid, and Seville host the New Year’s Eve Celebration with a bash. Head to Spain and lift the toast with your friends, family and experience the Spanish culture making it a perfect place for the New Year’s Eve. Relish the enthusiastic cheer of NYE at Barcelona’s Màgica de Montjuïc or Montjuic’s Fountain where travelers from the entire world gather and get pleasure from the Magic Fountain’s show. This entire event with the splendid firework display, live concerts is open to the public. The access to the biggest New Years Eve events is generally free of cost. It is a superior occasion for assembling and celebrate the New Years Eve Day with enchantment. To celebrate the festive of NYE, the majority of hotels also organize New Year’s Eve dinner for their guests.

Other alternatives for the New Years Eve events are Luz De Gas, Bikini club, and Spanish Poble Espanyol village. Or else, welcome the NYE at the enlighten streets of Madrid. You will also see Granada celebrating the New Years Eve day with the large fireworks, live shows to ring in the New Year throughout the celebratory Spanish evening.

Spending the night of December 31 in Italian cities when the whole world celebrates the New Year’s Eve (La Festa di San Silvestro) , guarantees everyone to make you fall in love with these places. There are abundance towns and cities that come with the New Year celebrations with countless intriguing options. There is no public holiday on the NYE Italian holiday calendar. You can make New Year’s Eve special at the one of the beloved cities Florence that organizes the free amusements in the main squares. Choose from Piazzale Michelangelo, Piazza San Lorenzo, Piazza Bartali, Piazza del Carmine, Piazza Della Signoria or Piazza Dell’Isolotto where the countdowns start for the New Years Eve day. Look forward to the most scenic place, Venice to spend a unique and memorable last night of the year. Enjoy the boat dinner while crossing the canals in a fairy-tail atmosphere. The bell tower of St Mark Basilica displays some magnificent New Year fireworks. Another New Years Eve events with the music performances take place in the marvelous Venice theatre.

Or else, either it is Milan, Naples, Pisa, Turin, Rome, Bologna or any city, the beginning of New Years Eve day is celebrated with the display of exciting fireworks or bonfire, music, dancing, and lots of entertainment.